Question: Diabetes and obesity have been shown to increase risk of asthma. Independent of the effect of these conditions on inflammation, what mechanisms might mediate this risk increase?

Takeaway: Insulin can lead to changes in muscular and epithelial cells in the lungs as well as changes in the extracellular matrix — all of which may contribute to asthma and similar conditions.

This brief 2013 review summarizes mechanisms by which poor metabolic health may increase asthma risk. Notably, it does not consider any relationship between inflammation and asthma risk; given the potential contribution of inflammation to asthma incidence and severity, pro-inflammatory metabolic distress may exacerbate asthma beyond the factors discussed here (3).

Lung cells are responsive to insulin (4). Some evidence suggests excessive insulin exposure can impair lung function. Inhaled insulin leads to reduced expiratory volume in diabetics (5), and inhaled insulin was withdrawn from the market due to reports of persistent respiratory problems (6).

Airway hyperresponsiveness (AHR) —  that is, excessive narrowing of the airway — is a primary feature of asthma (7). Insulin may lead to AHR through its effect on various lung tissues (8). Multiple animal studies have shown increased insulin levels induce proliferation of airway smooth muscle (ASM) cells and promote ASM contraction. Increased insulin exposure leads to cellular remodeling, changes to the extracellular matrix (ECM), and thicker, stiffer hypercontractile airways (9). Many of these proposed mechanisms are driven by the effect of insulin on PI3K, a major regulator of cellular growth and proliferation. 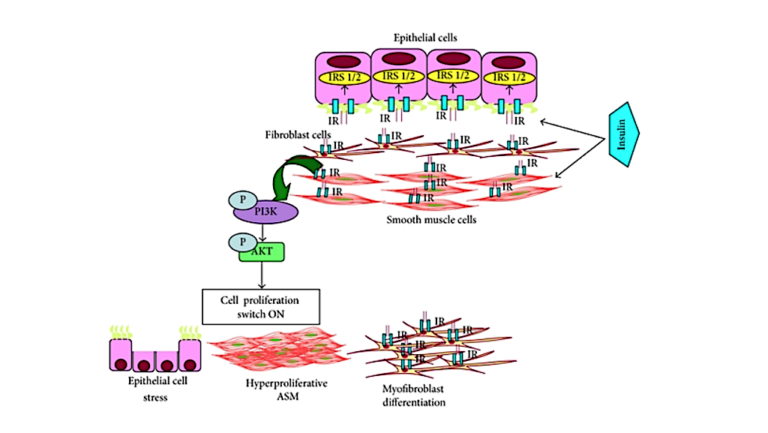 Figure 1: A proposed model by which increased insulin can lead to lung cell remodeling and asthma pathology

Most of these data are drawn from animal studies, in vivo research, or inference from other similar conditions; as such, it is premature to conclude there is a direct link between hyperinsulinemia and asthma. Instead, these mechanisms have the potential to explain the observed relationship between poor metabolic health and increased asthma risk. They also indicate potential therapies to test for the prevention and/or treatment of asthma.