Seven healthy, well-trained male cyclists who had been eating a low-carb, high-fat diet (LCHF, on average 7% of calories from carbohydrate) for at least eight months were compared to seven matched controls adapted to higher-carb (Mixed, on average 55% of calories from carbohydrate) diets. Groups were matched for age, body weight, and athletic performance. Subjects were run through max-effort and sub-max-effort tests, with fuel oxidation and production measured throughout.

As might be expected, the two groups consumed a different balance of fuels during exercise. As shown in Figure 2 below, the Mixed diet group (high-carb) burned mostly carbohydrate for energy, with limited fat burning that increased over time. The LCHF group (low-carb), conversely, burned much less carbohydrate but much more fat at all stages of exercise. The total caloric value of burned fuels was roughly equivalent between groups. 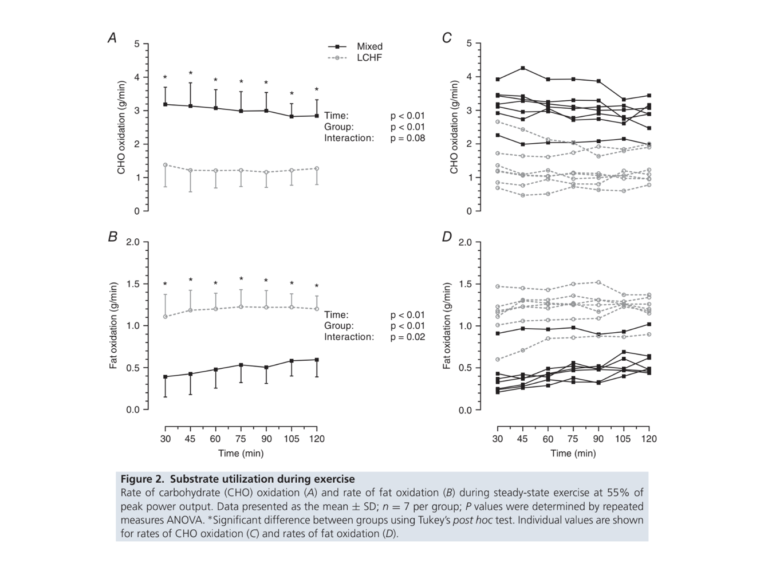 Despite these differences, glucose, insulin, and lactate levels were roughly similar between groups at all time points in Mixed and LCHF subjects (with the exception of a spike in lactate toward the end of the test in the LCHF group). Circulating fat — free fatty acids, glycerol, and ketone (BHB) — levels, however, were consistently higher in the LCHF group (Figure 3). 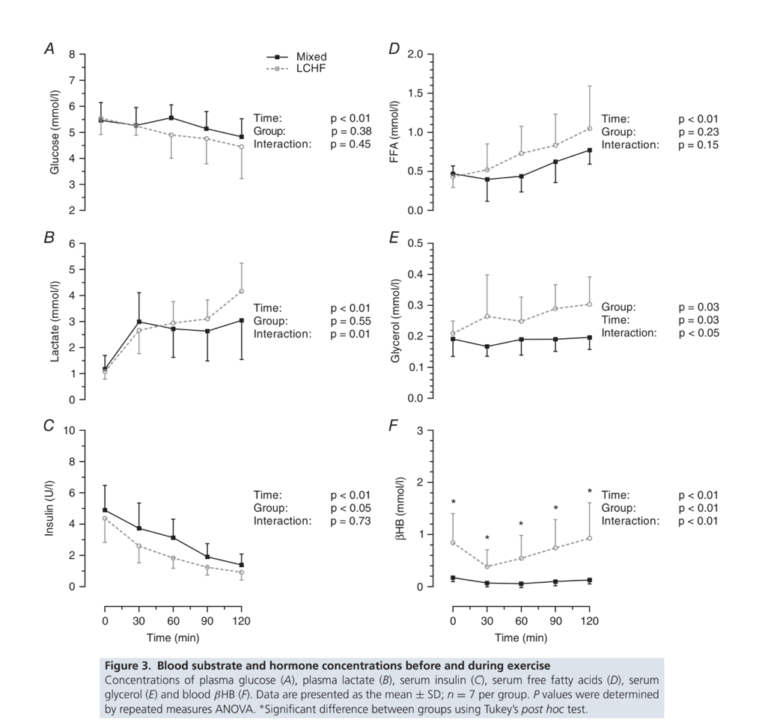 Rates of glycogenolysis — that is, breakdown of liver glycogen to increase blood glucose — were higher in the Mixed diet group than the LCHF group both before and during exercise. Gluconeogenesis rates, however, were nearly identical (Figure 4). 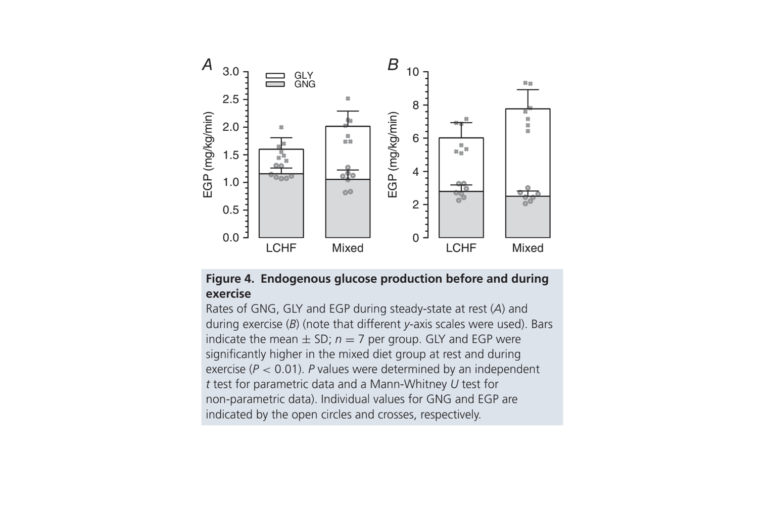 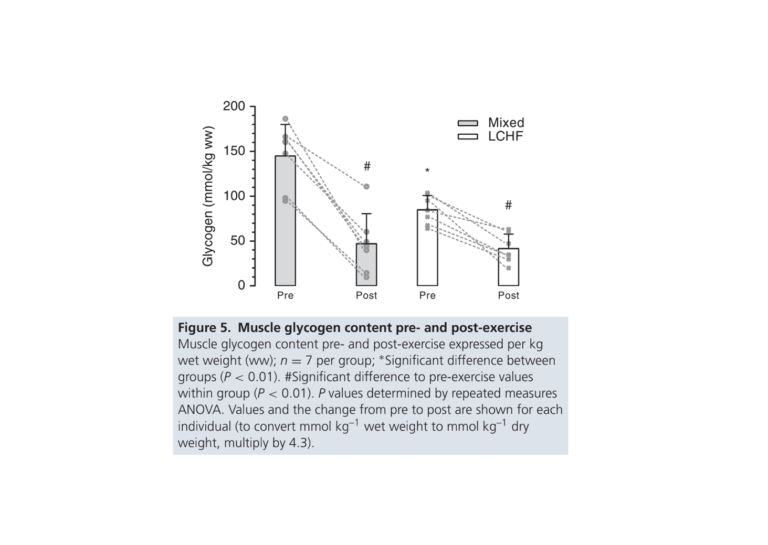 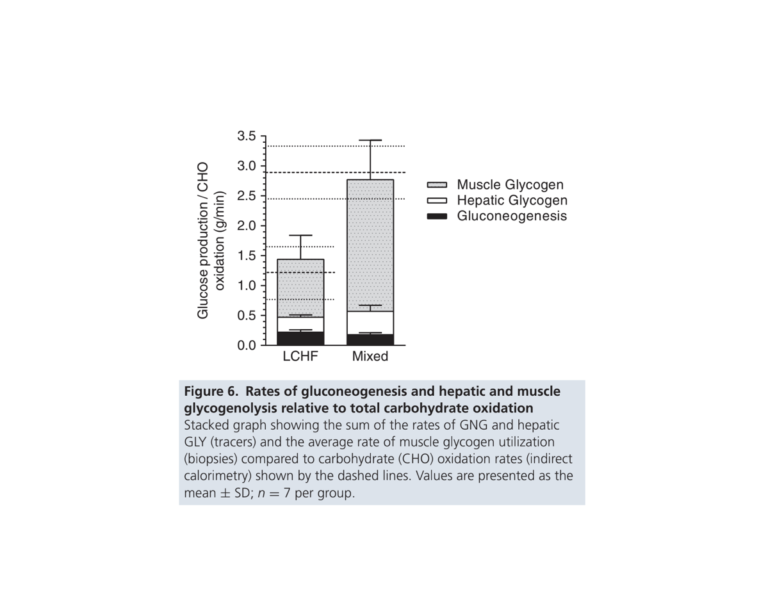 Taken together, this suggests both carbohydrate oxidation and production are significantly lower in LCHF dieters during exercise than in subjects following a Mixed diet. Both groups of athletes produced similar amounts of glucose from gluconeogenesis (though the source of this glucose likely differed, much of it coming from lactate in Mixed dieters, while LCHF dieters likely relied more heavily on glycerol). This suggests athletes following a higher-carbohydrate diet will burn significantly more glycogen in the liver and muscles during exercise. LCHF athletes compensate not by finding other sources of carbohydrate but by relying to a greater extent on fat oxidation to meet energetic demands.