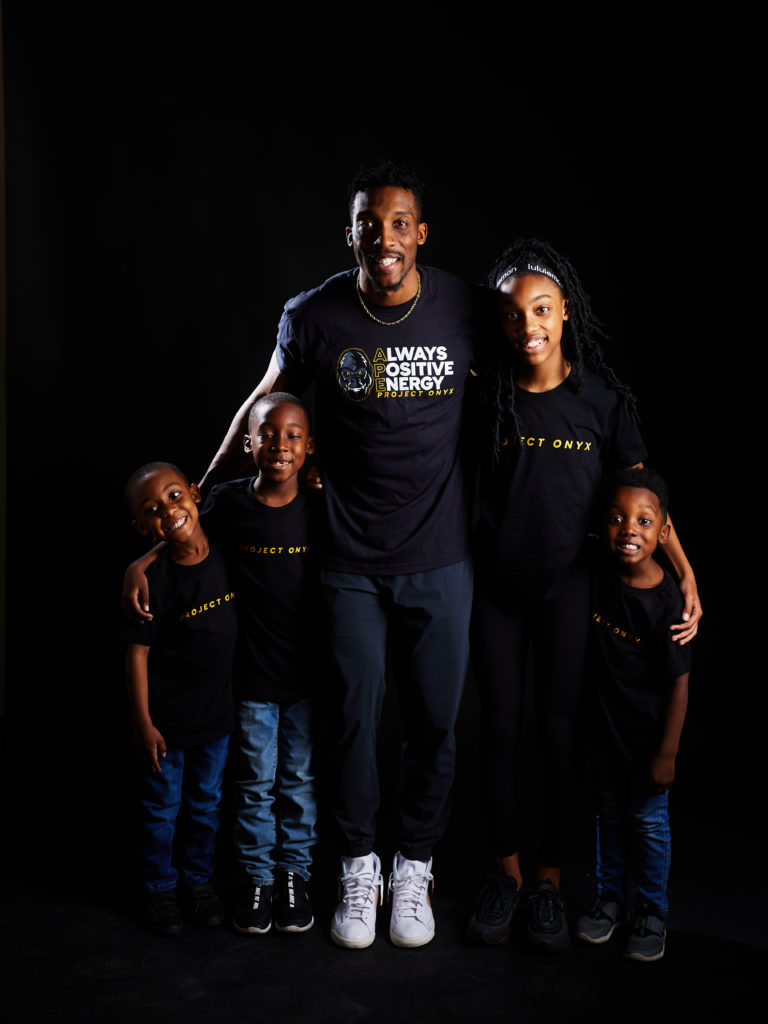 “Sometimes you don’t really know what to do, so you just start doing something and figure it out as you go!” Elijah Muhammad wrote in an Instagram post reflecting on the origins of Project Onyx.

Last June, Muhammad received a call from Patrick Ford, a nearby physical therapist who was motivated to use his expertise in health and wellness to “help eliminate fitness and health disparities in the Black and Brown communities.”

While reflecting on his own life experiences as a biracial Black American, “I just decided to, you know, start doing something that I knew to help,” Ford explained.

“I was in a profession where I was helping people, but I wasn’t helping my people as much as I should — Black Americans,” Ford said.

Unsure of how to initiate change effectively, Ford took to what he knows best.

“I know health and fitness,” he said. “That’s what I know. So I literally just started looking up research papers about racial health disparities to see what they were, how they existed, and why they existed.”

Ford reached out to a fellow leader in the fitness community in Muhammad, a two-time CrossFit Games athlete and owner of CrossFit Unorthodox, to see if he would be a part of the project. Within 10 minutes, “We got started,” Ford said. 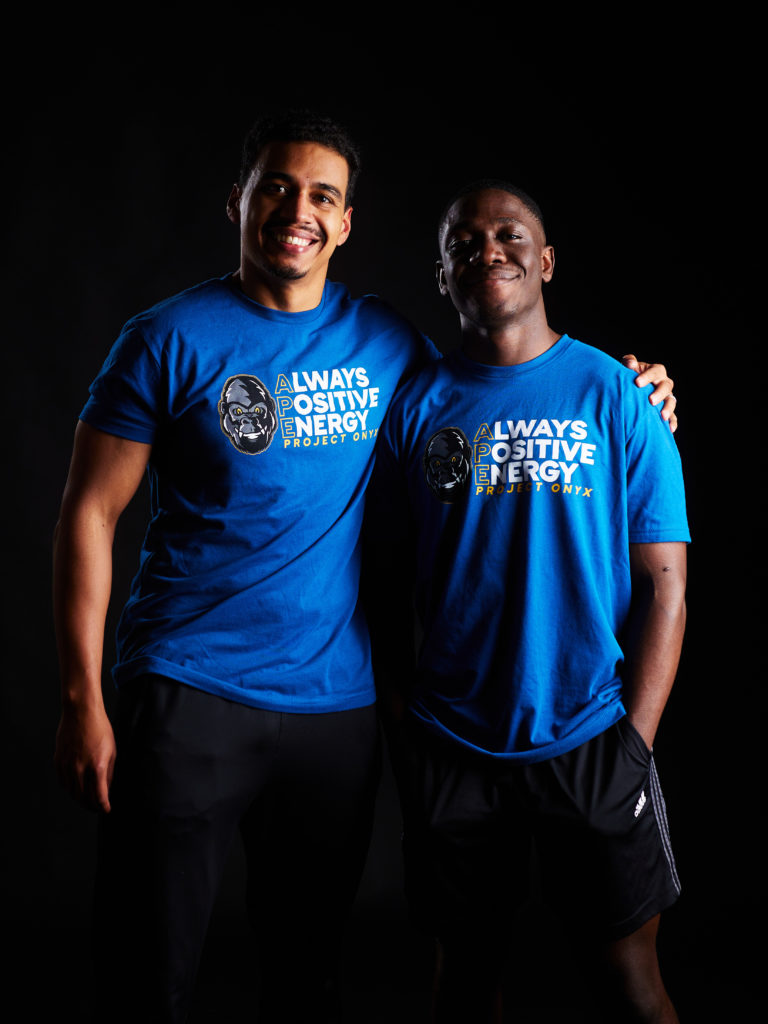 Muhammad said helping to diversify the health and fitness space, especially in CrossFit, is something he finds great value in.

“The only job I’ve ever had is CrossFit,” Muhammad said. “I got out of college and I became a CrossFit coach. Then I became one of the fittest in the world. And now I own a gym. So everything that I’ve done has revolved around CrossFit. In the CrossFit space — training, teaching seminars, going to competitions — you don’t see many Black people, so you stand out so much.”

Muhammad said in order to continue to push for diversity, equity, and inclusion in CrossFit, more Black people will need to discover the community, and two ways to do that include accessibility and representation. Enter: Project Onyx.

Project Onyx was officially founded in September 2020. The mission of the nonprofit is to eliminate the barriers that underrepresented and underserved people of color face by providing affordable and accessible health and fitness services, offering mentorship for youth and future professionals, and empowering Black and Brown communities to take charge in a challenging cultural landscape while staying healthy and active.

Project Onyx is focused on younger generations and instigating change early in life. The Empowered Youth Program serves people of color ages 14-20 from underprivileged communities in central Iowa and aims to give the members an equitable chance at living healthy and prosperous lives.

Ford used a metaphor from a book by Robert Livingston to explain the focus on empowering young people. If a strong and equitable society is like a mountain, “no peak exists without a base to the mountains,” Ford explained. “If we don’t change the foundation that has led to the inequities and inequalities that we’re dealing with, then ultimately, there’s going to be still some institutional racism that exists.”

“If we’re going to create a base, we need to start with our youth members, teaching them about health and fitness as well as trying to spark them as the next generation of professionals,” Ford continued. 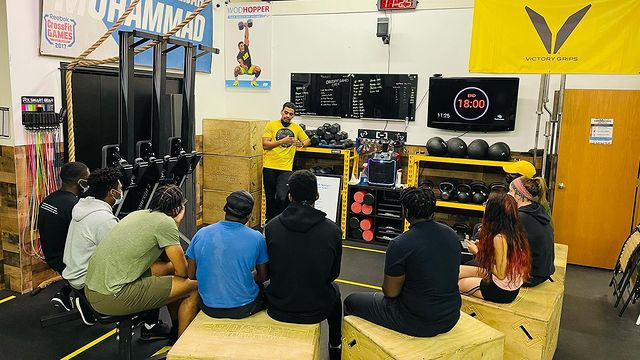 The older kids who participate in the program are usually on the path to mentorship, or learning how to navigate life as an adult and seek out a desired career. In each session, the Onyx group gathers to have a mindful discussion around a current event or personal experience, followed by a workout.

A lot of the time, the “discussions are more important to us than the actual working out,” Muhammad said. “The kids kind of speak about how they feel, what they’re thinking, how they’re processing certain things that are going on in the world versus in their household versus, you know, at school. … (We) just let them kind of get some things off their chest, applying them with information that we have and experiences that we have to help navigate them through the spaces of which they live in.”

The sessions are clearly having a positive impact, causing many to open up, share their thoughts, and even develop new goals. After becoming part of Onyx, many of the kids want to become health and fitness professionals, Muhammad said.

“When we first asked the group about what they wanted to do, maybe three or four out of 15 to 20 we’re interested in health and fitness,” Ford said. “We asked them again, maybe a month later, and that doubled or tripled. We had, you know, 10-plus people saying, ‘Hey, I want to be a fitness coach.’”

The mentors at Project Onyx are not actively encouraging the kids to follow in their footsteps, Ford said. “We’re just showing them somebody that is doing what they want to do, and they’re growing interest just by having exposure to us as humans.” 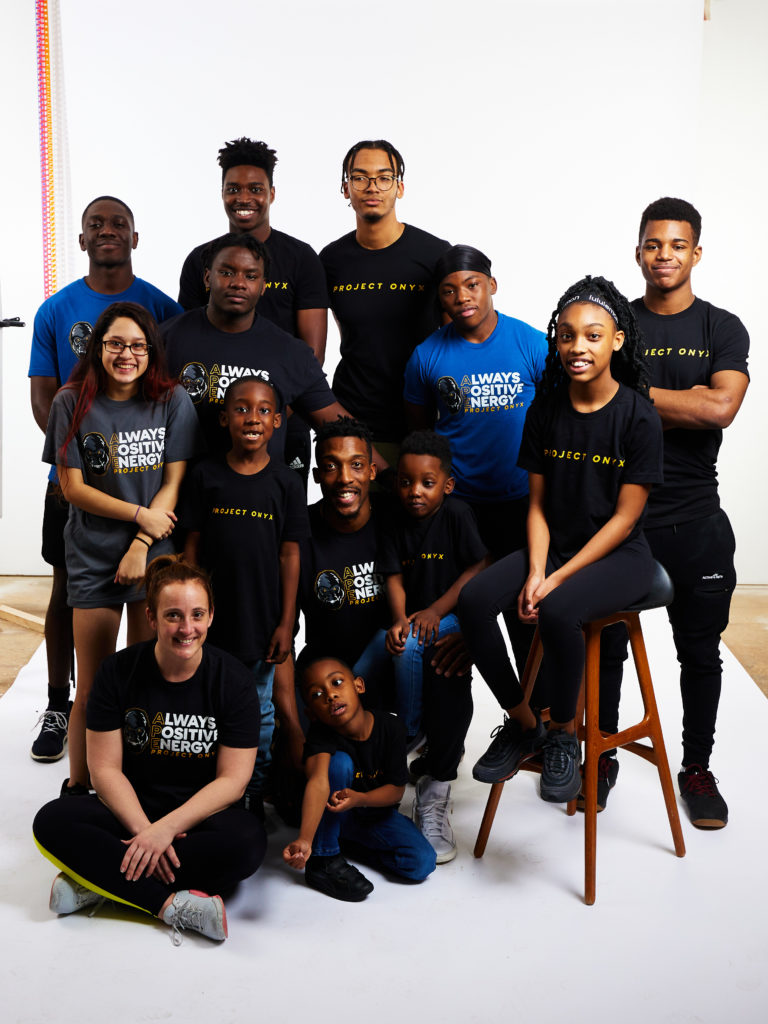 Onyx in the Open

This year, Project Onyx is participating in the CrossFit Open. It’s a new experience for the youth in the program, and Muhammad said they’re having a blast so far.

“We thought it would be fun to get them in here, do the workouts, compete a little bit,” Muhammad said. “We all did (Open Workout 21.1) as a huge group.”

“Right now, we’re building the hype,” he continued. “Getting them familiar with other athletes so they can follow and learn about them. We’ve got a TV in our lobby area where I stream CrossFit videos on YouTube … so people can learn more about it.”

Muhammad said they’ve seen a positive change in the youth who have joined Project Onyx.

“They’re in better shape. And, you know, as you get in better shape you just feel a little more confident,” he said. “You can see it in their movement. When they do workouts they talk a little smack — ‘Who can lift more?’ We had a couple of kids do a local competition and now we’ve got all of them that want to do the next one.”

The Future of Project Onyx 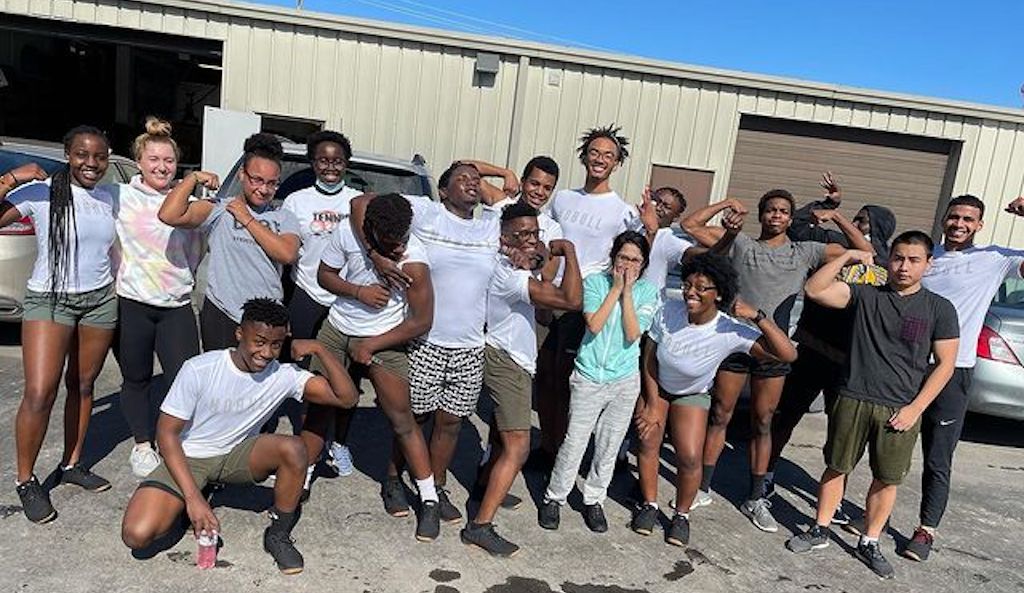 The long-term goal for Project Onyx is to continue to diversify the health and fitness space and eliminate barriers to entry specifically within CrossFit for people of color. Ford and Muhammad also see countrywide project chapters in the future of the nonprofit.

“The idea is to create affiliate gyms that are associated with the project who identify as allies to our cause to end racism within the health and fitness industry,” Ford said. “We’ve had people reaching out to us, like, ‘We want to do this. We just don’t know what to do.’ We’re going to give them that template.”

Muhammad and Ford each had specific advice for anyone who is interested in getting involved in joining the fight against racism, inequity, and inequality.

Beginning with George Floyd and the events of last June, “we had a feeling of, ‘OK, well, when does this storm pass and people stop caring?’ … OK, well, we’re going to make sure that they keep caring,” Ford said.

Ford noted that fighting racism requires both strength and endurance: “We see other people doing stuff, but it’s like we’re going to keep doing what we’re doing, because we have the endurance to do it,” he said.

Muhammad noted that we are stronger together and the cause needs more leaders and allies: “The load isn’t just yours,” he said. “You carry that heavy together.”

To learn more about Project Onyx and support the cause, check out the group’s website and Instagram page.

Project Onyx recently launched a T-shirt campaign to raise funds for the organization’s efforts. Direct donations can also be made here.

All photos courtesy of Elijah Muhammad and Project Onyx.