With the help of affiliates across the country, CrossFit, Inc. has identified states with legislation that threatens affiliates’ right to train their clients and fight chronic disease or that imposes onerous financial costs on their small businesses. Included below is an update on a few states where CrossFit’s government relations team has taken action on behalf of affiliates in recent months. We will continue to provide updates as legislative and policy developments unfold. Through an ongoing strategy of proactively monitoring and responding to these legislative restrictions, CrossFit is fighting to keep fitness legal. 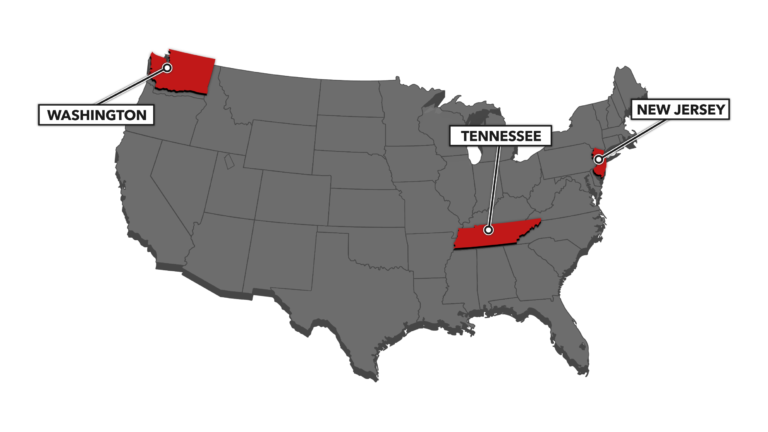 CrossFit affiliates in Washington contacted CrossFit, Inc. on Feb. 1, 2019, concerned that their state legislature was considering a bill that could harm their businesses with unlimited fees, insurance requirements, and other red tape.

On Feb. 13, the relevant Senate committee held a public hearing on the bill, which would implement sanitation and safety standards for gyms (a one-size-fits-all approach meant to keep large-scale gyms from allowing their pools and showers to become health and safety risks). As initially drafted, the bill meant burdensome fees and extra insurance requirements for affiliates, no matter their size.

With the help of Washington affiliates, CrossFit, Inc. suggested amendments that narrowed the bill’s scope and limited its ambiguity, mitigating the threat to affiliates. The committee heard the message and has voted to limit the scope of the bill to apply only to large-scale gyms in the state. This is a win for CrossFit’s Washington affiliates, which will be spared the additional fees and requirements.

Unlike many states, New Jersey has not yet enshrined into law the idea that only registered or licensed dietitians should give basic advice about nutrition, thereby allowing affiliates and other fitness trainers to speak freely about diet and health to a general population. It should come as no surprise that the dietitians’ trade group, the Academy of Nutrition and Dietetics (AND), lobbies in favor of these laws. Nor should it be a surprise that the AND has received funding from Big Sugar and Big Soda as part of their efforts to restrict speech on food.

The New Jersey branch of the AND is working to push through a bill that would severely restrict affiliates’ ability to prevent chronic disease by policing what they can say about food and nutrition. CrossFit, Inc. is engaged at the state level to fight this bill and ensure New Jersey affiliates retain their right to provide their clients with nutritional advice. CrossFit, Inc. also is seeking to undo the damage done elsewhere (in other states, such as Florida, nutritional licensure laws have been used to threaten, silence, and even conduct undercover sting operations against CrossFit affiliates and trainers).

Tennessee is one of a few states that levy an “amusement tax” on gyms. However, it doesn’t impose this tax on all gyms—only those that don’t fit the one-size-fits-all retail gym model. Most large-scale commercial gyms are exempt from this kind of taxation, but CrossFit affiliates are not.

CrossFit, Inc. took action earlier this year to eliminate this unjust tax, leading the fight for repeal through extensive, ongoing outreach to legislators and relevant officials. A few weeks ago, Governor Bill Lee announced that his budget proposal will include a repeal of the amusement tax on gyms. CrossFit is proud to support this measure that would ease the financial burden on CrossFit affiliates in Tennessee.

CrossFit, Inc. proactively monitors legislation introduced in states around the country. If your affiliate is facing regulatory or legislative pressure at the state level, please contact CrossFit’s lobbyist, Brett Ewer, at brett.ewer@crossfit.com.