CrossFit | Beyond Tomorrow: How CrossFit Crave Is Breaking the Incarceration Cycle

A young woman — not more than 17 years old — walked into CrossFit Crave in Celina, Ohio. It was almost time for class, and the athletes were gathered around the whiteboard ready to hear about the day’s workout. The woman hung back and stood in the corner, eyes lowered, trying to blend in with the wall.

Matt Shindeldecker recognized the woman’s body language. He had seen this kind of behavior before. And he knew he had the key to helping her. 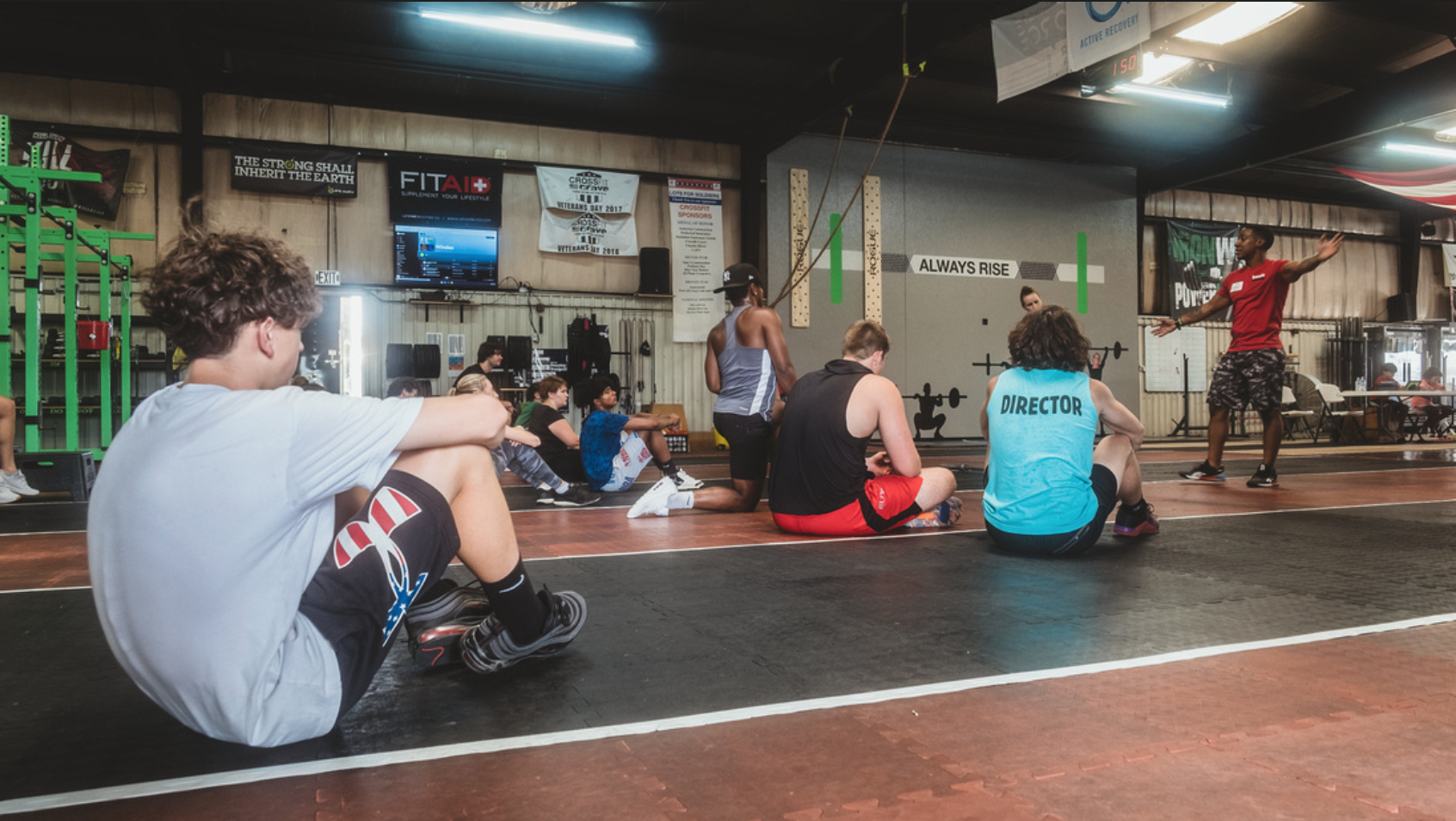 Every CrossFit gym is in the business of transforming and saving lives in one way or another, and Shindeldecker’s gym has selected a specific group to focus on.

For the past three years, the coaches and community members of CrossFit Crave have been teaming up with Expanding Horizons, a government-funded program geared toward improving the physical, mental, and emotional well-being of youth involved in the juvenile court system.

CrossFit was not the first fitness program the Expanding Horizons team had connected with.

“We started out with a running program, always realizing the value of fitness and exercise,” Gehle said.

As the program grew and evolved, Gehle and Contreras partnered with another local gym, and while they believed the program was helping those who joined, they also felt something was missing. 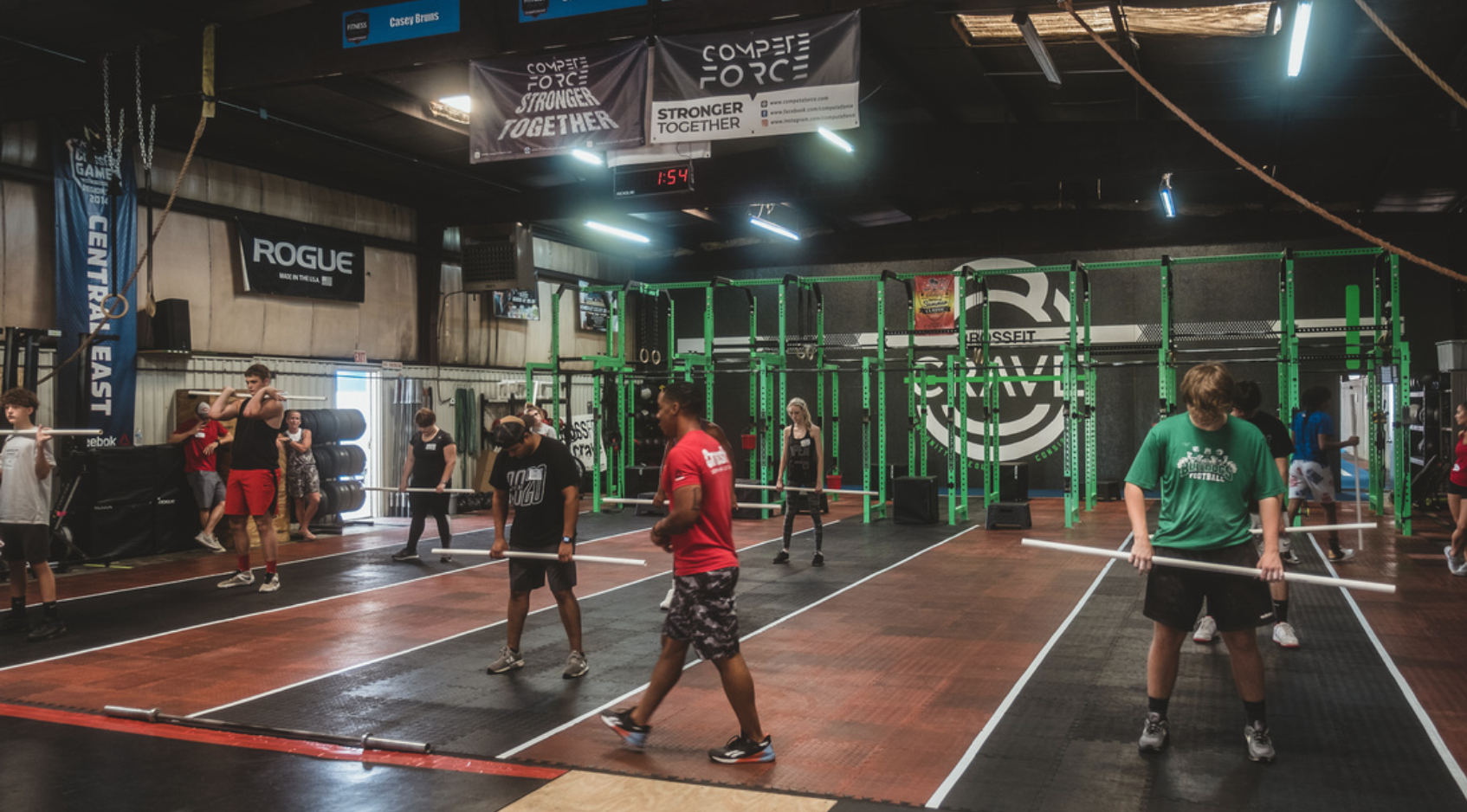 “The big thing that we were looking for, along with the exercise, was that hard-work mentality,” Gehle said.

They also were looking for a partnership that could extend beyond the walls of the gym: “When we’re done, when a kid successfully gets released from probation, we have to move on, and we take the next set of kids,” Gehle continued. “So what we were looking for was a way to transition kids into their community so that they feel supported, so that they have people. CrossFit has added that component for us.”

Gehle, Contreras, and the entire Crave community are intentional in their efforts to support the kids who are ordered into the program.

“If they need tennis shoes, if they need workout clothes, we make sure that they are prepared,” Gehle said. “We take those barriers away. We pick them up and drive them if they cannot get to CrossFit. We bring them home afterwards.”

More importantly, kids who come in with Expanding Horizons find they are part of a community that extends beyond the hours they spend in class. 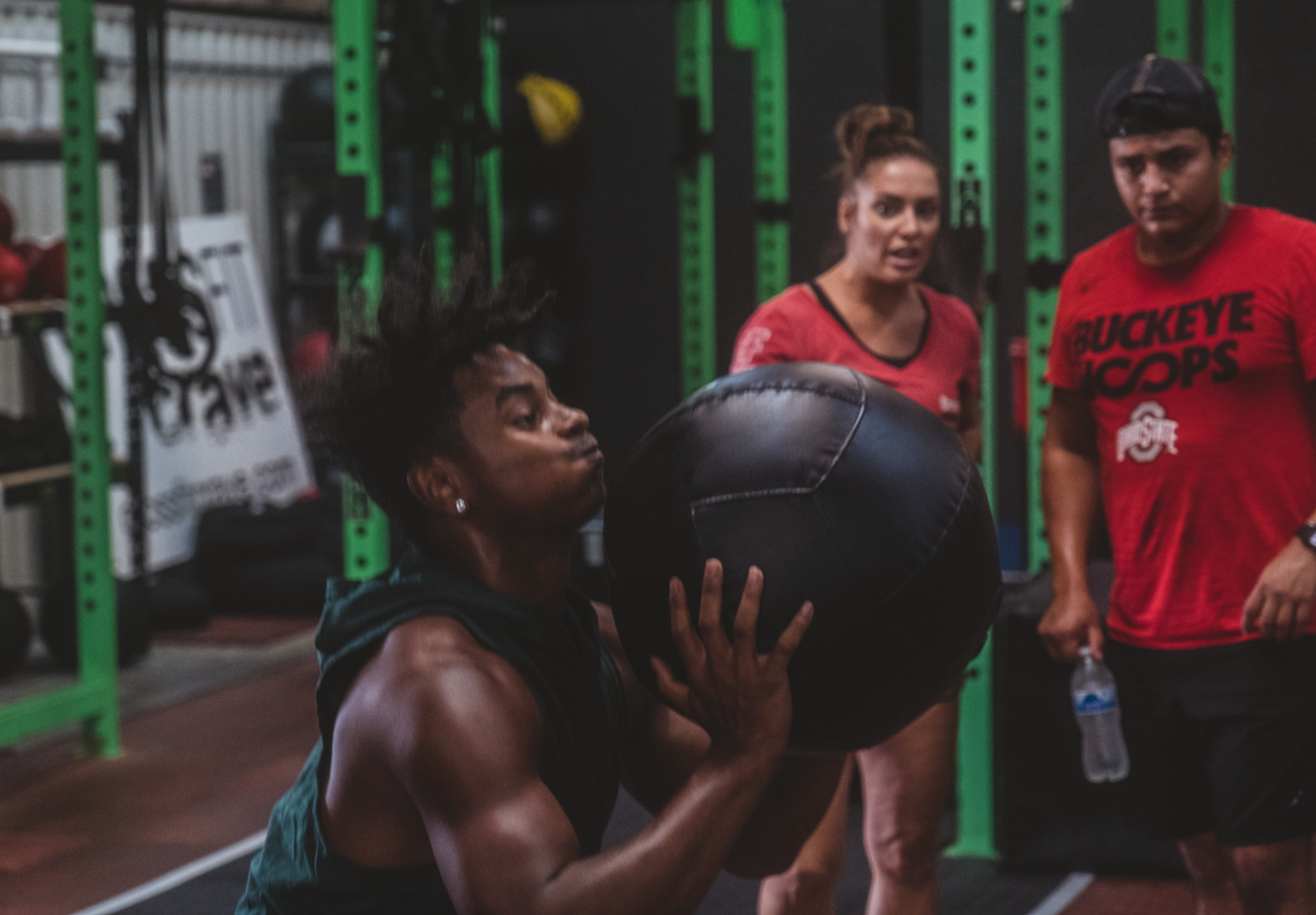 Feeling connected to a community beyond the limited time and space associated with the program is one key to the program’s success, according to Contreras and Gehle.

“We have run other programs, and kids have been successful in those programs. But then they leave that program and they’re in trouble again,” Gehle said.

But since joining forces with Crave, Gehle and Contreras have noticed repeat offenses have become less common.

Shindeldecker attributes some of the effectiveness of the program to the values they promote in their gym, values which include not only community but consistency and equality. He likes that Expanding Horizons shares those values.

The probation officers work out in their classes alongside the youth participants.

“To me, that says equality,” Shindeldecker said. “When you take off the badge and set it down, and now you’re working out and you’re working just as hard to work out as the kids, it creates a community that they’re not used to.” 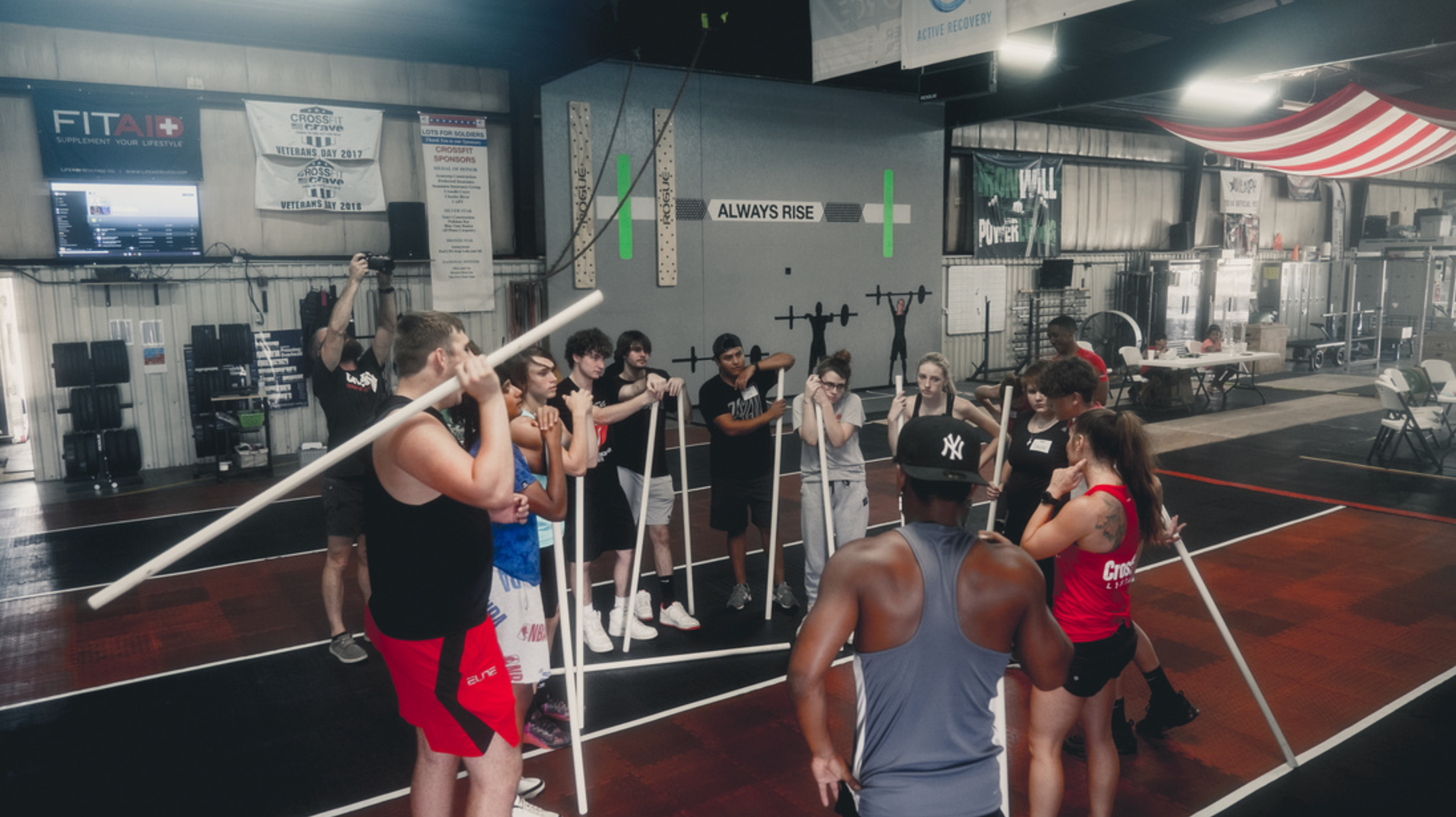 Wagner recalled a time when one of Mercer County’s newly elected judges dropped in to check out the program and ended up sticking around for a muscle-up workout.

“‘My arms were ready to fall off,’” Wagner remembers the judge saying after the workout. “‘But there was nothing going to make me quit before I finished in front of those kids. So they caused me to step it up,’” she continued.

CrossFit has a unique way of leveling the playing field — indiscriminately humbling everyone, regardless of age, job, background, ability, or fitness level — while also building up and empowering those who are willing to put in the work. The Expanding Horizons and CrossFit Crave alliance highlights this dual quality a little more brightly.

“It’s given these kids an opportunity to say, ‘Hey, there’s something that’s waiting for me once I graduate,’” Shindeldecker said.

Like community and equality, consistency is also built into the partnership. The kids in the program know they have a place to go where they can focus on themselves and their health. They know the people working out alongside them care about them, and they can count on those same people to continue looking out for them after the program is over. As a result, sometimes Expanding Horizon graduates come back and become ambassadors of the program and of CrossFit for new enrollees.

Something To Look Forward To

CrossFit Crave recently hosted CrossFit Seminar Staff Flowmaster Michele Mootz and Head Trainers Larry Thomas and Lindsey Andrew as they led a CrossFit Scholarship Level 1 Course. Current Expanding Horizons participants learned about CrossFit and the L1 as well as the possible career paths the certification could open for them. One former member who had graduated from probation dropped in and shared how CrossFit has changed his life. Shindeldecker claims the graduate unwittingly channeled CrossFit Seminar Staff as he pulled people aside to say, “Let me tell you about CrossFit.” 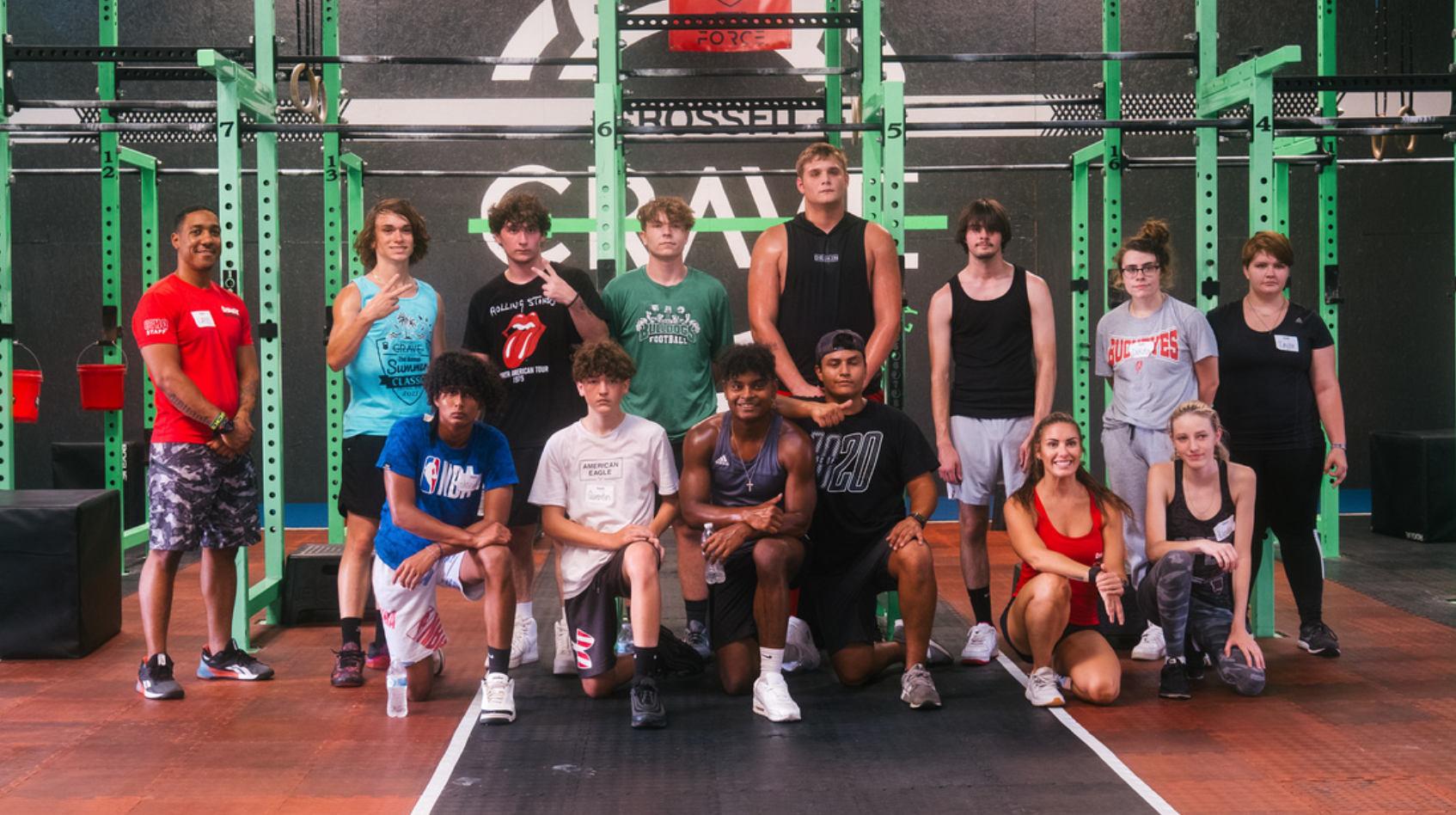 Chandler Smith also joined via Zoom to talk to the kids about CrossFit’s significance in his life and answer their questions about what it’s like to compete at the CrossFit Games.

Gehle and Contreras said the kids were energized by the experience.

“You’re talking about a population of kids that don’t know what they’re going to do tomorrow, and here you have some kids that are going, ‘In eight months, I’m going to do this … . I have something to look forward to,’” Contreras said.

A psychologist with whom Expanding Horizons and CrossFit Crave consult said the program is changing the mentality of all involved.

“Our kids are saying this has changed their mind, their whole view of themselves, of their community, of what they can do,” Contreras said.

Shindeldecker said the change is evident in the way they carry themselves and interact with others in class.

The young woman who stood quietly in the corner during her first class is now an active participant who not only works out but jokes with the other members. 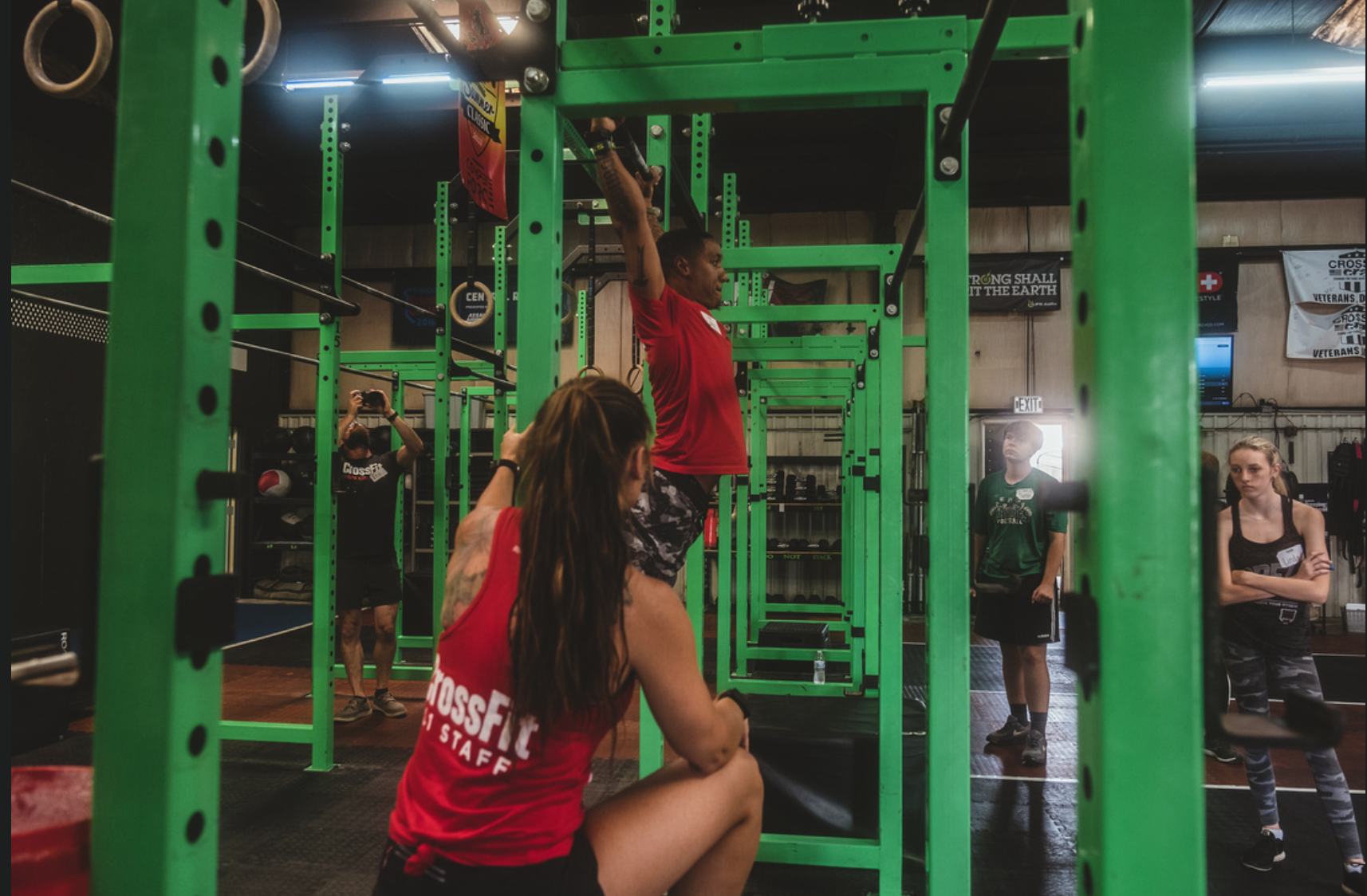 Another young woman came in angry — “She didn’t want to be at CrossFit,” Wagner said — and she assumed she would follow in the footsteps of her mother, who had been sent to prison.

Now the young woman is planning to join the military.

“She has the possibility to break that cycle … to break generational curses,” Gehle said.

Contreras said, “Angie and I — we had no idea that this was going to be the way it is. We started this because we all know that exercise changes your chemical makeup in your brain. It’s helpful. It’s impactful.”

“But three years in, this is a life-changing experience. This is how you get rid of and lower recidivism. This is how you decrease your eventual prison population,” Contreras continued. “You can make a change in someone’s life, starting young, if you start to build that relationship and get people to really see themselves where they are. And CrossFit has done that.”

Tips for Starting Your Own Program

Gehle, Contreras, Shindeldecker, and Wagner hope other CrossFit gyms will establish similar programs and would like to share what they’ve learned to help those who are interested. If you are considering starting your own program, see the bullet points below and/or send inquiries to info@crossfitcrave.com.

All photos taken by John Contreras during the Scholarship Level 1.