CrossFit Open Workout 20.4 featured box jumps, clean and jerks, and single-leg squats. The workout had a 20-minute time cap, and each set of clean and jerks increased in weight.

This was the first time we’ve seen single-leg squats in the Open, so it was hard to predict how much of an obstacle this advanced movement would prove to be for athletes. Of all the athletes between the ages of 16 and 54, 56 percent were able to do at least one single-leg squat, and 46 percent were able to perform at least 30 reps of them. That’s pretty impressive. The heavier clean and jerks turned out to be more of a barrier.

In looking at our country-based performance on 20.4, we decided to see what percentage of a country’s athletes were able to finish the 10 reps of 225/145 lb. clean and jerks. This weight proved to be a big separator. Among the top 10 countries, the United States and Canada took top honors this week with both countries having 19 percent of their Rx’d athletes perform more than 170 reps. 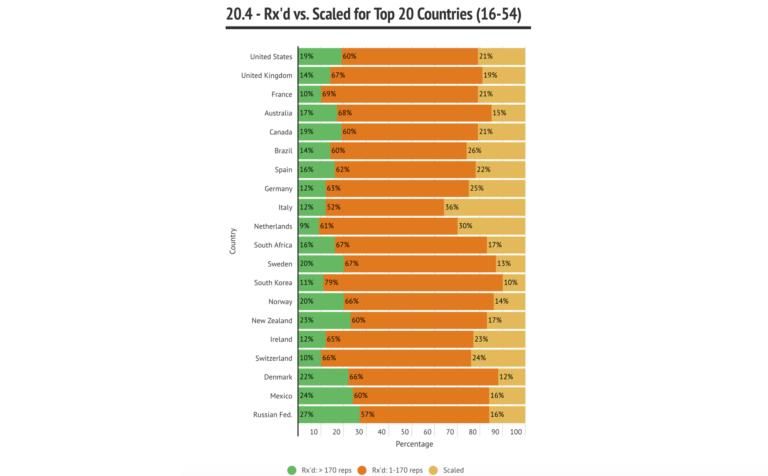 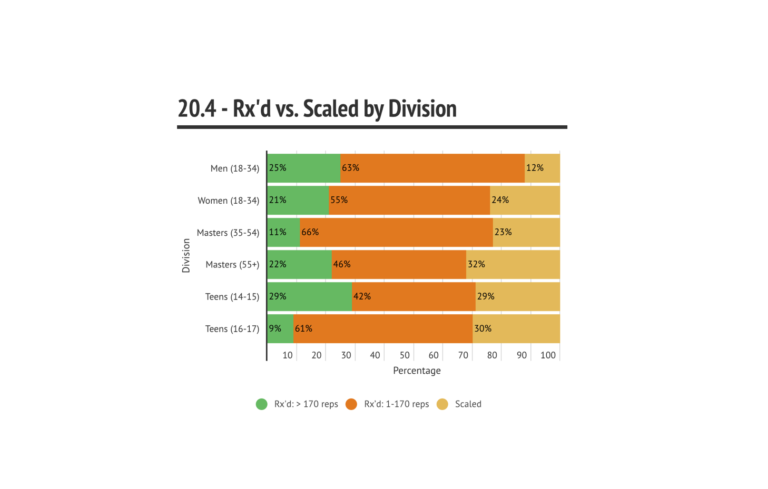 With the 20-minute time cap and progressive difficulty of the workout, athletes had ample opportunity to get as far along as their strength would allow. Very few athletes were unable to get to the 185/115 lb. clean and jerks, but a substantial number weren’t able to finish them. The next big grouping included athletes who were unable to finish the first set of single-leg squats. Finally, there was a large cohort who got stuck on the 225/145 lb. clean and jerks. Only the fittest few were able to try their hand at the heaviest clean and jerks (315/205 lb.). 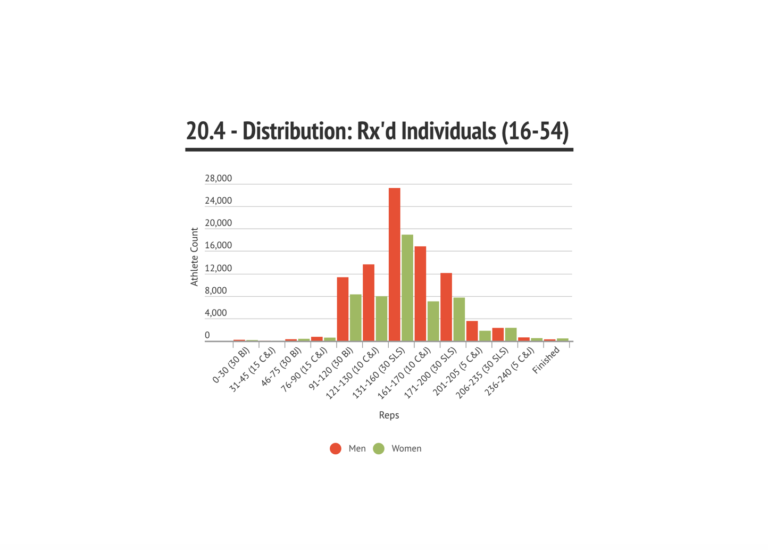 Below is a percentile table with details for all divisions. You can see the breakdown of how many reps or what time it took to achieve a particular percentile. For example, Rx’d Masters Women (40-44) needed a score of 161 reps to get into the 75th percentile. You can see the percentage of athletes who did the scaled version in each division as well, and the percentiles comparing scaled athletes against one another. 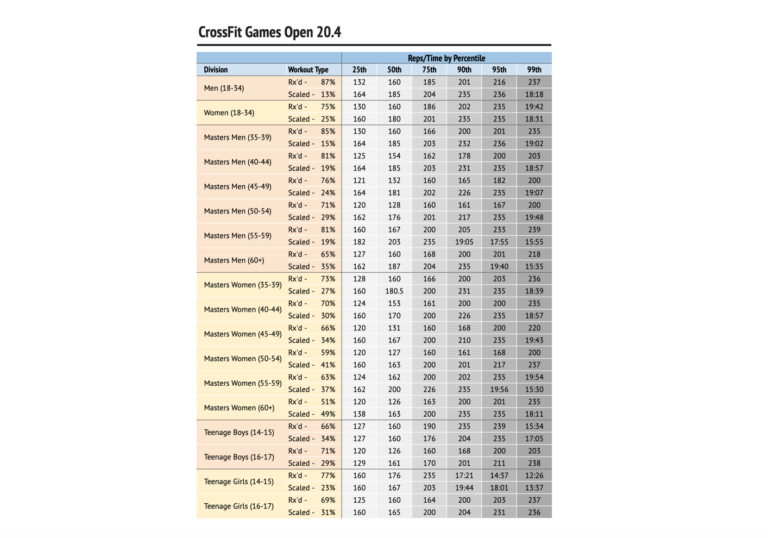