The third workout of the 2020 Open was a repeat of 18.4. It contained the classic benchmark Diane, followed by heavier deadlifts and handstand walks — all within an aggressive 9-minute time cap. Handstand push-ups are a more advanced movement, and we saw many athletes struggle with them. This difficulty was amplified by the return of the 18.4 handstand push-up standard, which seemed just as challenging to meet now as it was then. Clearly, many athletes allow themselves a more lax standard during normal training. The extra demand associated with reaching the heels for the tape mark takes a toll during the later rounds of the workout, translating to much slower handstand push-up splits than normal.

Looking at performances across the top 20 countries, we see Spain again putting up some standout scores. Twenty-eight percent of Spain’s athletes aged 16-54 finished the Diane portion of the workout within the time cap. Impressively, several top countries had nearly a quarter of their athletes finish Diane as well. 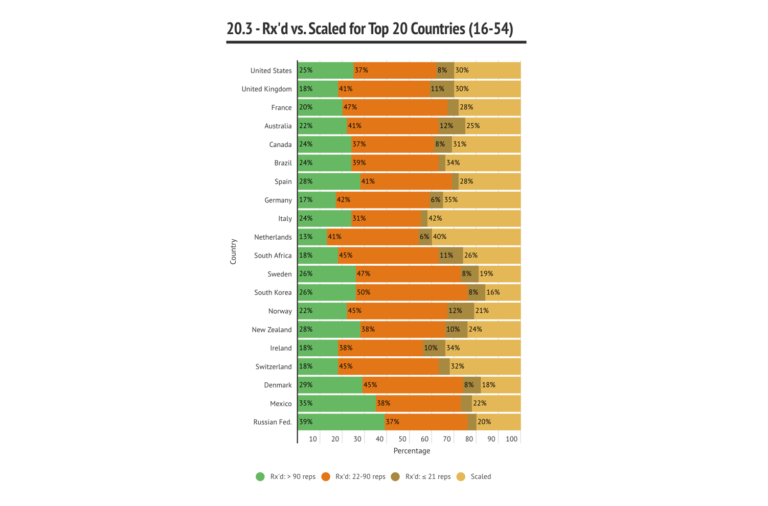 As many adults struggle even to hold themselves inverted, it’s quite exceptional to see so many Open participants performing handstand push-ups. Notably, nearly 8,000 women over the age of 40 demonstrated the ability to perform the handstand push-ups in this workout.

The younger adult men (18-34) had a clear advantage in this workout, more than doubling the percentage of Diane finishers among their female counterparts. The brown section of the chart below shows athletes who were able to do at least some of the Rx’d deadlifts but unable to perform any handstand push-ups (with the exception of Masters 55+ athletes who didn’t see handstand push-ups until the second half of the workout). 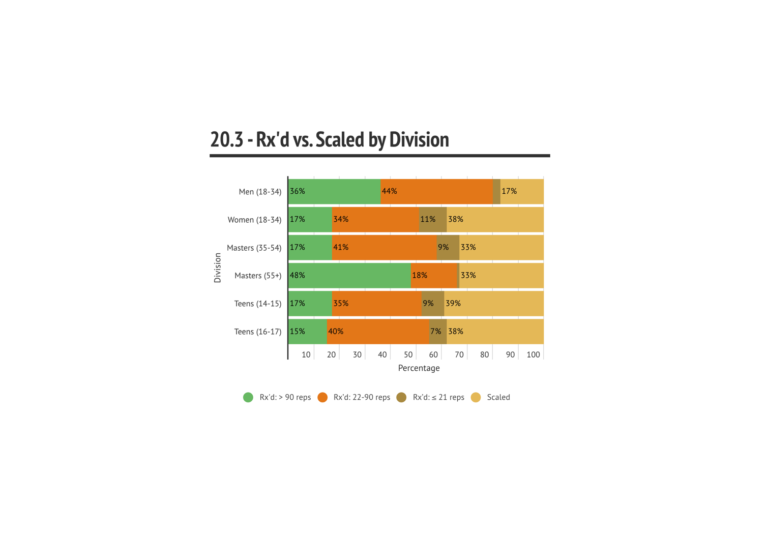 With the inclusion of advanced movements such as handstand push-ups and handstand walks, we no longer see a nice smooth distribution of scores. We see big pile-ups on the handstand push-up sections, with relatively few athletes finishing the workout on the deadlift sections. For the athletes who were able to finish Diane, the vast majority didn’t make it past the first set of heavier deadlifts. 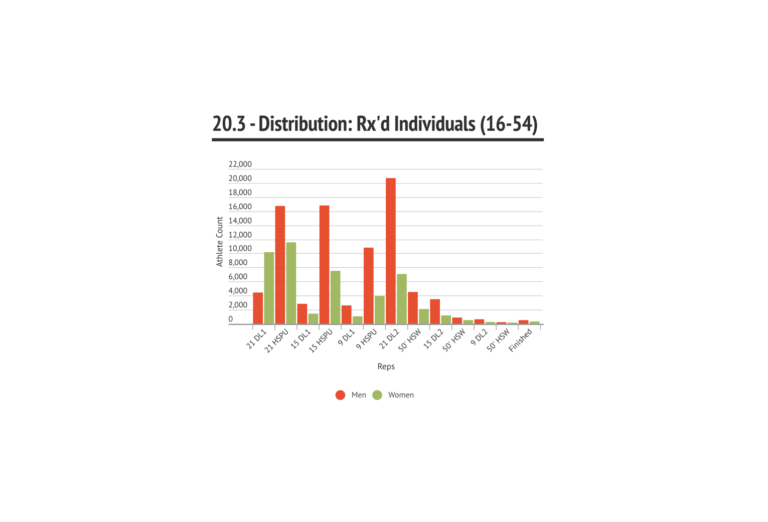 Below is a percentile table with details for all divisions. You can see the breakdown of how many reps or what time it took to achieve a particular percentile. For example, Rx’d men (35-39) needed a score of 97 reps to get into the 75th percentile. You can see the percentage of athletes who did the scaled version in each division as well, and the percentiles comparing scaled athletes against one another. 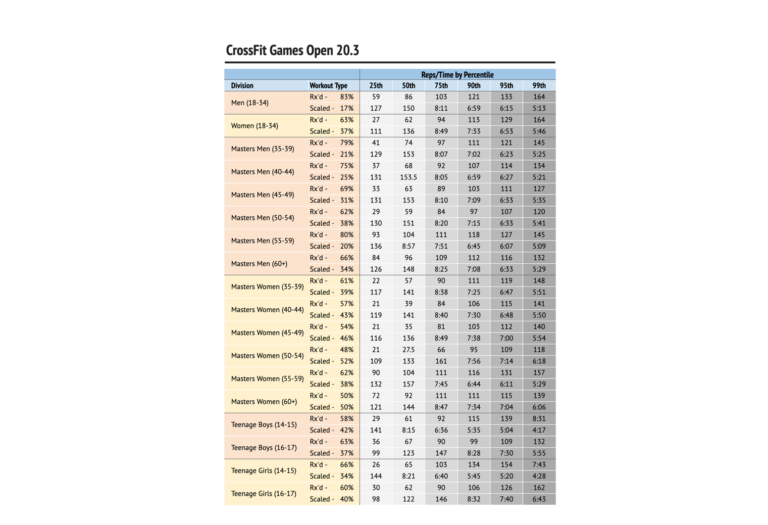