Toes-to-bars and double-unders are skills not all athletes possess. Although not as advanced as handstand push-ups and muscle-ups, many newer athletes (and even some veterans) struggle with the midline strength and coordination required of these movements. For athletes who have solid toes-to-bars and double-unders, there wasn’t a need to intentionally break up the sets (although many double-under sets were frustratingly broken due to trips and misses). Likewise, the dumbbell thruster sets were manageable for most athletes, at least until the later minutes of the workout. The best performers in this workout breezed through smooth and unbroken rounds, with few if any misses on the double-unders. For those athletes, it was largely a difference of rest and transition time.

Below is a graphic representation of how athletes aged 16-54 from the top 20 countries fared. Participants from each country are subdivided into three categories: Rx’d with 15 or more completed rounds, Rx’d with fewer than 15 completed rounds, and scaled. The countries are sorted by participation in the Open, from highest to lowest. Looking at the 10 largest countries, two countries stand out. Thirty percent of athletes from Spain completed 15 or more rounds, which was at least seven percent higher than the other top 10 countries. In Italy, on the other hand, 41 percent of athletes performed the workout scaled, which was the highest scaled percentage among the top 20 countries. 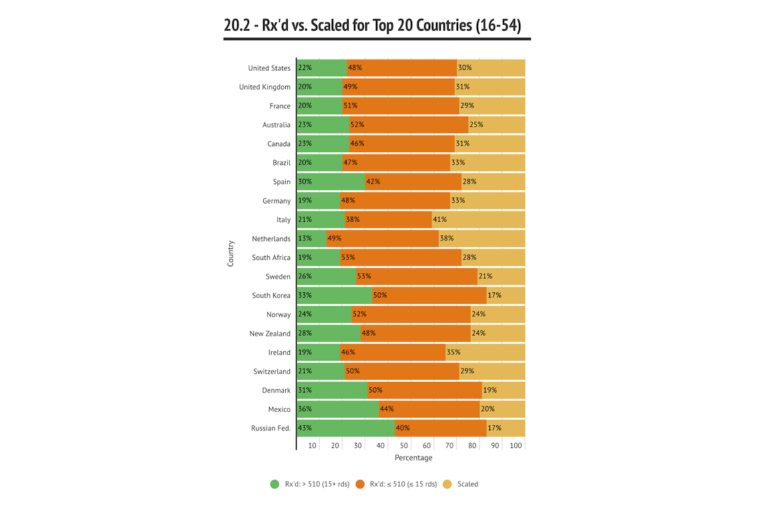 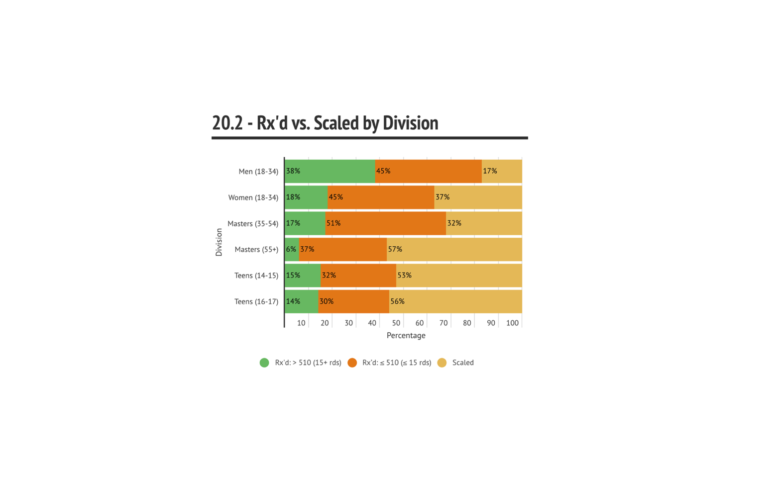 Overall, we see a very smooth distribution of scores for both men and women aged 16 to 54. The median reps for these men and women were 449 and 386, respectively. There is a noticeable concentration of athletes in the distribution in round 1. This is likely due to athletes lacking one or more of the required skills to get through a complete round but still opting to try the Rx’d version of the workout. 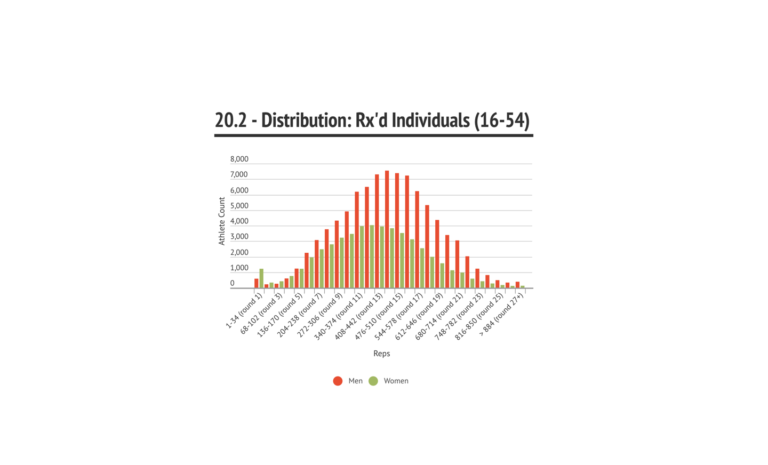 Below is a percentile table with details for all divisions. You can see the breakdown of how many reps it took to achieve a particular percentile. For example, Rx’d men (55-59) needed a score of 533 reps to get into the 90th percentile. You can see the percentage of athletes who did the scaled version in each division as well, and the percentiles comparing scaled athletes. 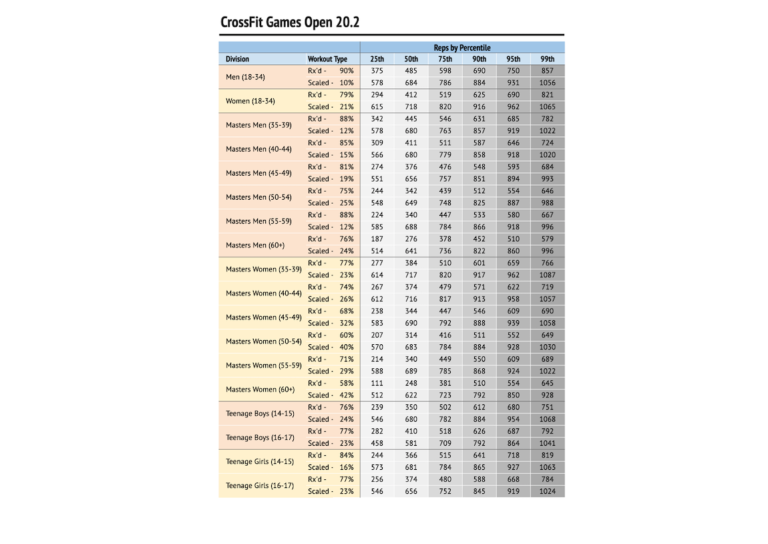