The CrossFit Games are the world’s premier test to find the Fittest on Earth. The 2019 season exemplified the global nature of this challenge and the community it represents more than any before, from the start of the worldwide Open to the final competition in Madison, Wisconsin.

The competition was celebrated across many languages and cultures, all united by a common bond. The 2019 CrossFit Open crowned hundreds of national champions, representatives of thousands of CrossFit affiliates and communities across the globe. These national champions continued on to the Games, which offered an inclusive opportunity for the worldwide CrossFit community to come together and enjoy a grassroots-turned-global phenomenon.

Five hundred athletes participated in the 2019 CrossFit Games, while hundreds of thousands watched from Madison and afar. The athletes represented 114 different countries around the world, stepping into the competition spotlight as local heroes and ambassadors. For one week, the CrossFit Games served as an international platform for a collision of cultures, ideas, celebration, fitness, and food. In a season marked by change and new beginnings, this year’s CrossFit Games gave center stage to the celebration of a vibrant global community.

At the beginning of the season, CrossFit, Inc. emphasized that the unfolding narrative of the Sport of Fitness is no longer solely CrossFit’s story to tell. In that spirit, many stepped up to capture and share the rich array of stories that make the community unique and special.

“We knew that what we’re doing would be the democratization of the Games, for once creating a truly global event,” said CrossFit Founder Greg Glassman during a press conference the Wednesday before the Games.

“This should be a huge motivation to all the countries that haven’t sent people here yet. I wanted to see the whole world participate in this at a meaningful level, all together. I don’t think the vision is much different than it was for the Olympics,” Glassman continued.

Twenty-eight live broadcasts covered the Games in English, Spanish, Portuguese, French, German, Italian, Hebrew, Arabic, Russian, and Icelandic. For the first time, thousands of fans around the world experienced the CrossFit Games in their native language, following the journey of their local heroes alongside the greatest in the sport. More than 380 members of the press were invited to report the many storylines unfolding during the competition, such as that of Shahad Budebs, the female Emirati champion:

Today CrossFit Games celebrated and recognized national champions and I was chosen to be recognized as the first UAE female as global representative of CrossFit. National champ award winner! I’m speechless and beyond blessed! I came, I represented and I will come back again! This is a message to all the Arab women. We can be national athletes and we can reach to high level competitions! We are here and we will come back stronger! 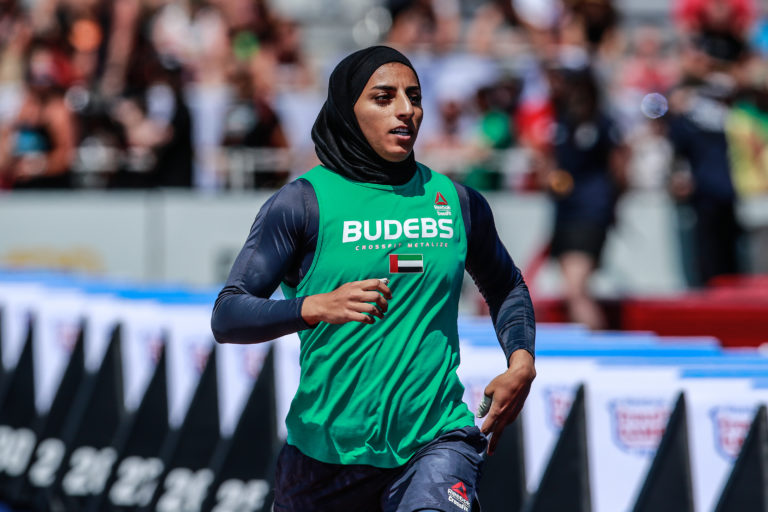 Other reporters published stories on their local champions in outlets around the world, including Brazil:

“The experience was good. It was a very good experience. I would definitely do it again.” —Bahamian National Champion Chanelle Munroe.

[Charles Johnson, Muroe’s coach at CrossFit Potcake] said with the barrier broken, it’s back to the drawing board for the Bahamas as they prepare for a return to the intense competition next year.

On Oct. 10, CrossFit communities around the world will come together again in celebration and competition at the start of the 2020 CrossFit Open. All are welcome to join in the world’s largest participatory sporting event. During this five-week competition, ordinary people accomplish more than they thought possible, and the next cohort of national champions will be crowned.