The authors pull data from two cohort studies to compare mean levels of 109 serum analytes in 121 schizophrenia patients and 1,172 MDD patients to 83 and 426 controls, respectively. Thirty-five analytes showed a significant relationship with either condition, and only a single analyte — elevated leptin levels — was associated with both conditions. Additionally, insulin levels were significantly elevated in schizophrenic patients and non-significantly elevated in MDD patients. The alterations in these 35 biomarkers are summarized below. 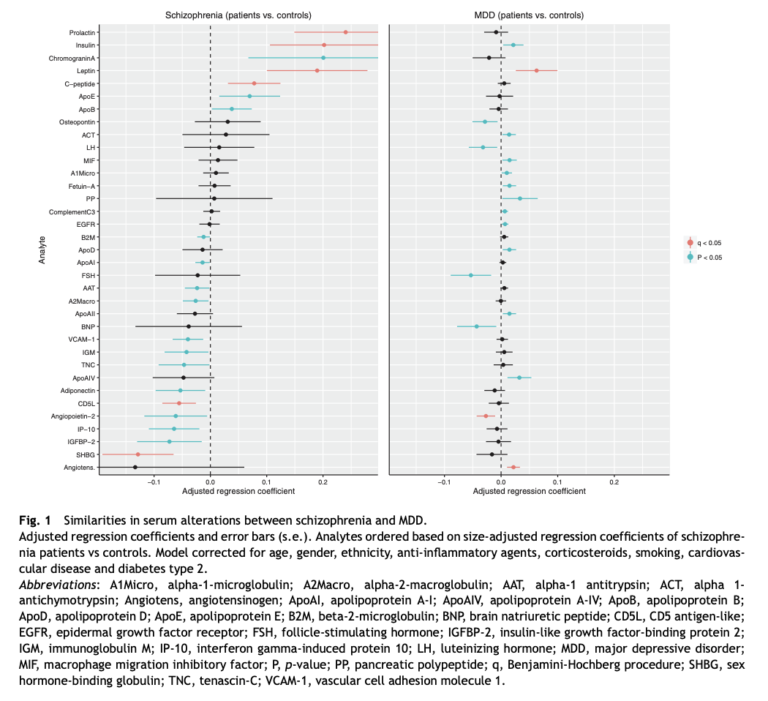 In patients with an active episode of these conditions (specifically, a high PANSS score in schizophrenia and a high IDS score in MDD), the magnitude of these associations was increased, and insulin and leptin were the only analytes significantly associated with both conditions (see Figure 2). 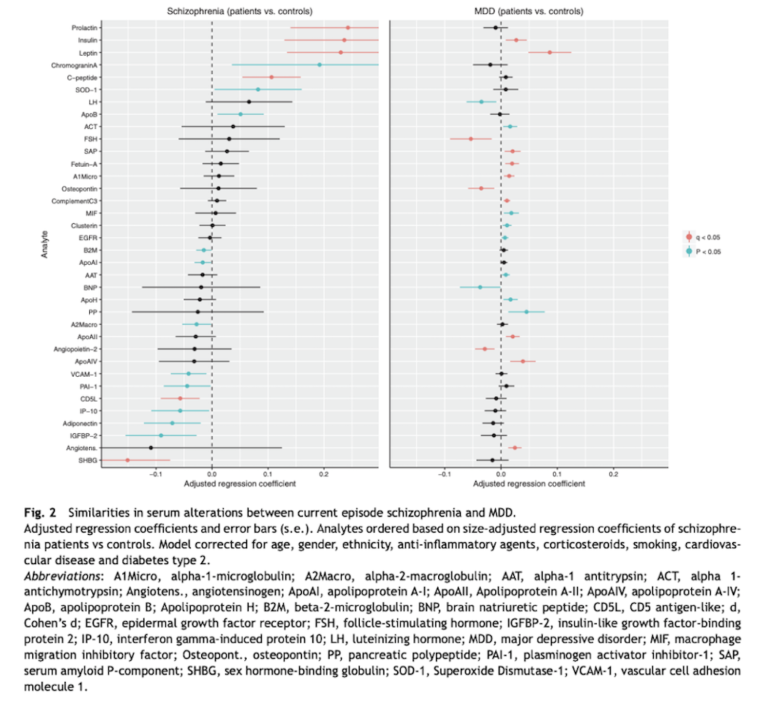 The authors found these relationships remained (albeit at reduced magnitude) in unmedicated MDD patients, though there was insufficient data to test analyte-medication interactions in schizophrenic patients.

The impetus for this study was twofold. First, the authors cite multiple previous studies showing elevations in leptin, insulin, insulin resistance and/or the metabolic syndrome are more common in schizophrenia and MDD patients than controls, independent of other known lifestyle and risk factors. Second, the authors argue, “Psychiatric disorders, as distinguished in current classification systems, should be seen as pragmatic, man-made constructs meant to guide clinical decision making rather than entities that represent biological concepts.” That is, they sought to identify shared biomarkers between these conditions, which may indicate shared biological characteristics or causes. This hypothesis is supported by a variety of shared genetic, environmental, and behavioral risk factors for both schizophrenia and MDD, suggesting they may not be as biologically independent as their distinct diagnostic criteria and treatments imply.