It’s easy to root for Chandler Smith. The 28-year-old Army vet — originally from Kansas City and now living in Boston, Massachusetts — exhibits a rare admixture of excellence and humility, confidence and caring.

As an elite athlete in the Sport of Fitness, he has actively sought out ways to better himself not only as an athlete but as a person, often using his platform to give back, support others, and remove barriers.

One more step along Smith’s path to self-betterment came in the form of the CrossFit Level 1 Certificate Course last April at CrossFit Southie.

Smith was “absolutely blown away” by the course, he wrote on Instagram. 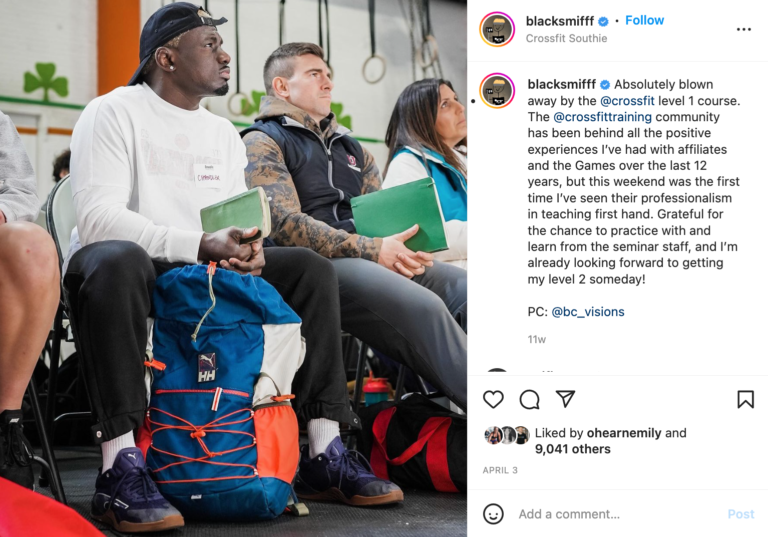 Smith said he decided to take the course because he wanted “to learn from folks who are very good at sharing the methodology and communicating well.”

“Because I want to share the methodology and be knowledgeable and able to communicate information effectively with whoever I’m sharing it with,” Smith explained.

Being one of CrossFit’s top athletes gives Smith greater opportunities to connect with others and share what he’s learned while training. But he recognized he may have to overcome a disconnect, as his personal experiences differ from the average athlete’s.

“I definitely want to share the lessons that have had a huge impact on my life,” Smith said. But he realized not everyone walks into a CrossFit gym and gets a muscle-up on their first day — no surprises here, but Smith did.

Taking the L1, he said, helped him get more familiar with the range of athletes and experience levels coming into CrossFit. It also gave him strategies for how to communicate with athletes at every level.

“The nature of how we go about classes and building community means that some of the barriers to communication that you’d find in other gym spaces are already broken down,” he explained.

“Personal connections are easy” in the context of the CrossFit gym or L1, Smith said.

An L1 for Elite Athletes, an L1 for All

One of the unique aspects of the L1 — and CrossFit in general — is how diverse groups of people are brought together with the shared goal of getting better.

Smith acknowledged that “for the short term,” his reasons for taking the L1 were “definitely kind of me-focused, because there’s just a little bit of selfishness that’s part of being an athlete.”

For instance, Smith said he appreciated the opportunity to dial everything back and work on his technique so he can become more proficient in his movements.

Have you ever known any self-taught piano players who later went to a lesson with someone well versed in the skill? This was kind of like that.

“I taught myself how to do (certain movements), which is why it’s really awesome to go from the beginning,” Smith said. “Because there’s so many bad habits I have ingrained from teaching myself things on my own or just having a baseline degree of strength that allowed me to get through movements without being technically proficient.”

Keep this in mind the next time your coach tells you to strip weight off your bar or grab a PVC: According to Smith — an athlete who can handily manage a 305-lb snatch — drilling movements with a PVC pipe at the L1 was a humbling experience.

It was “a good reminder that you never outgrow the basics,” he said. “The basics are hard. And they are the fundamentals of getting better.”

The L1 provides everyone with a chance to drill those fundamentals.

It is a microcosm of what goes on in CrossFit gyms around the world each day. Over the course of the weekend, new athletes learn how to squat, someone may get their first muscle-up, and even someone as fit as Smith will learn something that makes them better, faster, stronger.

According to Joe Masley, one of the Seminar Staff trainers who led Smith’s L1, “Regardless of the ability level of who walks into your gym, that person deserves a cue, whether that be someone who is coming to their first CrossFit class or a Games athlete like Chandler Smith.” 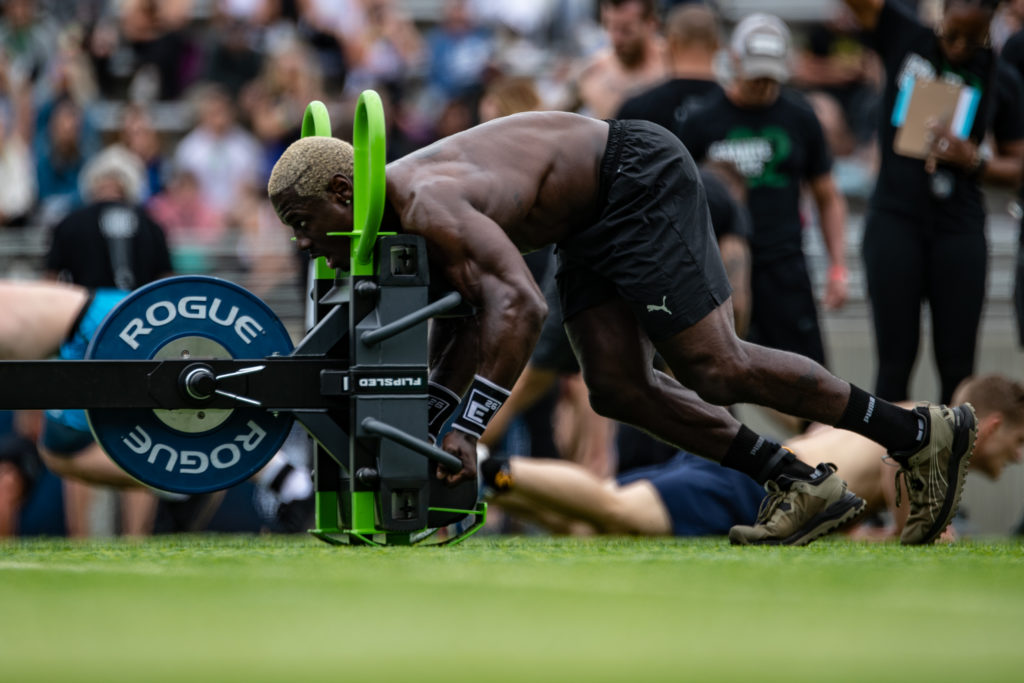 The L1 as an Open Door

Though Smith thinks the L1 will make him a better athlete in the long run, the lessons he took away from the weekend weren’t only “me-focused.”

“That is no way to leave your mark on society or the folks around you,” Smith said. “So long term (the L1) is definitely about building a base for being able to communicate things to other folks that I may be surrounded by.”

Fans have been drawn into Smith’s orbit since he stepped into the limelight during the Games season in 2016, in part because of his athleticism, but equally because of his personality and passion.

Smith noted most of his involvement with CrossFit so far has been related to the Games, but connecting with new people through the L1 showed him Games athletes, affiliate owners, and coaches are all united by a shared passion.

“Passion is what makes for exciting and — useful is probably the wrong word — but makes for a conversation I want to be a part of. I want to talk to passionate people in every single space,” Smith said.

The Games provide Smith with one entry point for sharing his passion — for fitness, for health, for doing hard things, for community. The L1 will open new doors, allowing him to expand the ways he can contribute to the conversation going forward.

Find a Level 1 Near You

We’re excited to announce a new opportunity for active-duty soldiers. Through the ArmyIgnitED program, soldiers now can take select CrossFit courses at no cost to the soldier.

With these courses, active-duty soldiers can improve their skills as leaders while in the Army, increase their fitness level to perform at their best, or prepare for a potential new career after their time in the Army.

Learn more about which courses are included and how to enroll!

If you know of a unit commander who would like to host a private Level 1 for their soldiers, we would love to connect with them. Contact us at seminars@crossfit.com for more information.